Signs of dyslexia usually become more obvious when children start school and begin to focus on reading and writing. Here are ten of the most common warning signs!

This is the ability to recognise individual sounds (phonemes) and work with them to create new words.

Blending sounds into a whole word.

e.g. wont instead of want

e.g. hlep instead of help

e.g. was instead of saw

e.g. wich instead of which

e.g. showt instead of shout

e.g. whent instead of went

e.g. lookt instead of looked

Words and letters are often jumbled in the mind.

A multiplication fact may seem to be learned and then a few days later has been forgotten again.
The same goes for phone numbers. Difficulty remembering a sequence of numbers is a sure sign of dyslexia. 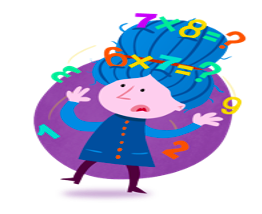 Someone with dyslexia is likely to have lots of ideas but have difficulty putting them into writing.
They will take much longer to write and producing less than other students.

Many people with dyslexia write long rambling sentences with no punctuation.
Although there may be lots of ideas they often do not know where to start. 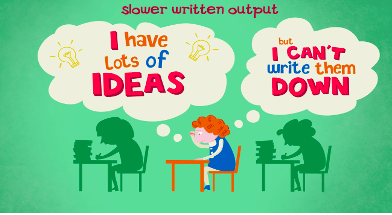 Immediately forgetting what has just been read.

Missing out words or skipping lines as they read.

Have you ever read a page, got to the bottom and realized you’ve just forgotten everything you read? 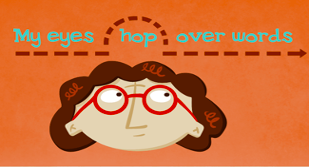 This happens all the time to those with dyslexia.
Words and their meanings don’t stick very well.
Reading becomes slow when you have to work out every word and expends so much mental energy on the process that no memory capacity is left to comprehend.

Dyslexia means you may read a word and then further down the page not recognize it again. There is no visual memory for the word.
Their eyes can seem to jump over words, missing them out, skip out whole lines, sometimes they just skip part of a word.

A homophone sounds the same as another word but is spelled differently.

They are a nightmare for those with dyslexia who usually have a poor memory for how a word looks and quickly learn to rely upon the strategy of learning to spell a word by building it phonetically. This doesn’t work for homophones.

Dyslexia causes difficulty recalling sequences accurately so it is very likely that learning the alphabet will be problematic.

Using songs and rhyme often helps but the real giveaway is whether they can say it backwards – a nearly impossible task for those with dyslexia!

Dyslexia is also likely to cause problems learning the names and sounds of letters.

It has become a cliché but its true that many with dyslexia cannot learn to automatically remember left and right. They have to stop and think about it.

A sure sign is difficulty carrying out a sequence of directions.

“Get out your book, turn to page 23, read the three pages” A dyslexic might remember one of these things and have to ask again. But having to ask again makes them feel stupid.

Someone with dyslexia might see 57 but remember it as 75

The output of the information becomes muddled.

Children with dyslexia who have been taught phonics can often learn to say the individual sounds but not blend them together. They can’t hold the sequence of sounds in their head for long enough. They might just panic and guess wildly.

Remember, no two people with dyslexia are exactly the same, so any child could have a mix of these signs.

We use cookies on our website to give you the most relevant experience by remembering your preferences and repeat visits. By clicking “Accept”, you consent to the use of ALL the cookies.
Cookie settingsACCEPT
Manage consent

This website uses cookies to improve your experience while you navigate through the website. Out of these, the cookies that are categorized as necessary are stored on your browser as they are essential for the working of basic functionalities of the website. We also use third-party cookies that help us analyze and understand how you use this website. These cookies will be stored in your browser only with your consent. You also have the option to opt-out of these cookies. But opting out of some of these cookies may affect your browsing experience.
Necessary Always Enabled

Performance cookies are used to understand and analyze the key performance indexes of the website which helps in delivering a better user experience for the visitors.

Analytical cookies are used to understand how visitors interact with the website. These cookies help provide information on metrics the number of visitors, bounce rate, traffic source, etc.

Advertisement cookies are used to provide visitors with relevant ads and marketing campaigns. These cookies track visitors across websites and collect information to provide customized ads.

Other uncategorized cookies are those that are being analyzed and have not been classified into a category as yet.